Today, we’re gonna be talking about the top 10 universities for Computer Science in the world. These rankings are based on the QS rankings of colleges and universities, which are based on such factors as academic reputation, employer reputation, citations per professor and the H Index. If you want to learn a bit more about that, you can go to QS’ website, but the point being that these are based on an index of a number of factors and by no means necessarily the definitive rating of what the best Computer Science schools are in the world.

If you wanna learn more about what the best Computer Science school for you might be, please click the link below for a free academic consultation with one of our academic experts. According to Oxford University, you could say it way better than I could, Computer Science is all about learning and understanding the mathematical, scientific and engineering principles underlying every kind of computing system, from mobile phones and the internet via systems that interpret natural language, to the supercomputers that forecast tomorrow’s weather or simulate the effects of disease on the human heart. 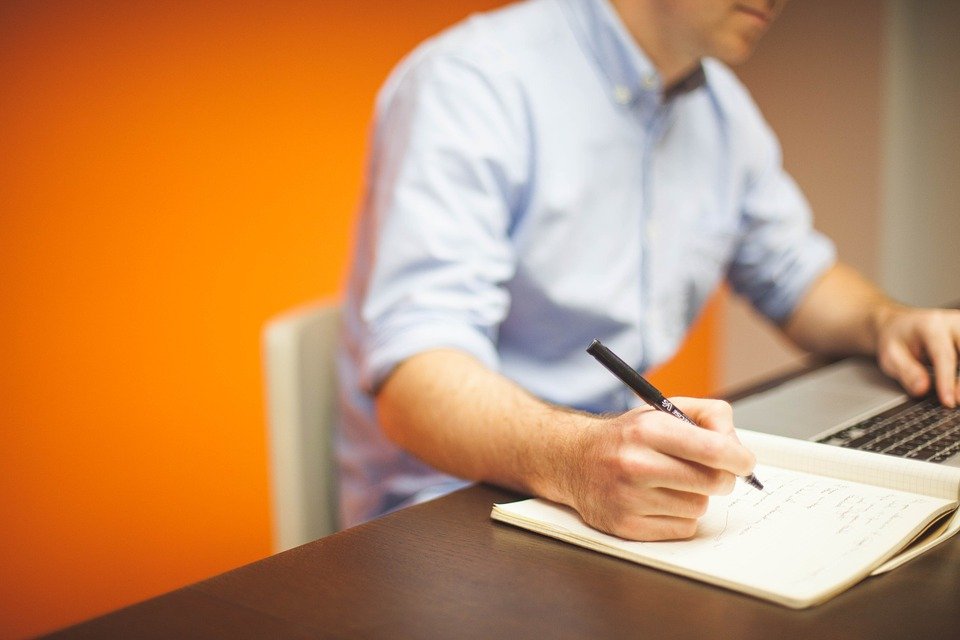 What we’re gonna be talking about is what the best universities in the world are to learn Computer Science, both at a practical level and also intellectually and theoretically. Let’s do it. Number 10 on our list is the National University of Singapore, or NUS. The NUS School of Computing was founded out of the Nanyang University Department of Computer Science, which started in 1975, and was the first of its kind in Singapore, and still the best in Singapore. NUS doesn’t just focus on giving its students the practical skills for Computer Science, for Data Management, that sort of thing academically, they’re also really, really big on connecting their students with entrepreneurial opportunities and mentorship.

A big example of this is something which is called The Furnace, which is the start-up incubator at NUS, which offers funding, mentorship and a lot of other fantastic resources in infrastructure, so that Computer Science students can not only learn about CS, but can take their start up ideas from ideation to completion, under the mentorship of industry titans. Number nine on our list is ETH Zurich, the Swiss Federal Institute of Technology, whose Computer Science program was founded in 1981. There are 30 professors from over 10 countries in the department teaching more than 1,400 students with 60 post-docs.

ETH Zurich is all about collaboration. They have a lot of ties to the Electrical Engineering Department and the Mathematics Department. They’re also creating a lot of collaborations recently with other disciplines, including: physics, the life sciences and mechanical engineering, so that Computer Science students are focused on using their skills and applying them to other sciences to better the world. ETH Zurich also has a lot of connections to big industry players, such as IBM, Google, Microsoft, and Disney. Number eight on our list is a school that I’m probably not pronounce entirely correctly, because I haven’t taken French since high school. EPFL, the Ecole polytechnique federale de Lausanne, (ding) in Switzerland. EPFL is an institute that focusing on the Natural Sciences in Engineering, so naturally, it has a lot of great ties for Computer Science students to collaborate with other students to really benefit the sciences.

One of the biggest draws to EPFL isn’t just it’s curriculum and fantastic faculty in the Computer Science Department, but also its internship program which connects its Computer Science students to places such as Google, Facebook, Microsoft, who recruit directly on campus and work with EPFL to create fantastic internship opportunities for their students. Courses at EPFL can be taught in French and English. They highly recommend that you know both languages if you’re gonna go there. I won’t go there. For many reasons. One is that I can’t speak French. The other is that I don’t know Computer Science. Number seven on our list is Harvard in Cambridge, Massachusetts.

Harvard is home to one of the most famous Computer Science courses in the world, known as CS50 Introduction to Computer Science, which is not only taught at Harvard in its world famous Sanders Theater, but is also taught online now to thousands of students all around the world. You might be able to take those classes yourself. A very exciting development at Harvard is that in 2014 the University announced that it was going to expand its Computer Science faculty by 50%, thanks to an enormous donation by Steve Ballmer, who you might know from his work in being the Microsoft CEO. – [Announcer] Ladies and gentle, Steve Ballmer.

Come on! Get up! – Harvard Computer Science students can know that they are at the forefront of research opportunities in artificial intelligence, computational linguistics, data management systems and more, especially through collaborations the Computer Science Department has with such institutes as the Center for Research on Computation Society, the institute for Applied Computational Science in the Birkman Center for Internet and Society. Number six on our list is the University of Oxford, whose Computer Science program only has about 160 undergraduates and has a new degree in Computer Science and Philosophy, which includes and even smaller cohort of students. In addition to Oxford’s groundbreaking work at the Inner Section of Computer Science and Philosophy, they also have a lot of practical partnerships with many institutions, both on the research side and on the internship side. This includes Intel, Microsoft, as well as government and public funded institutions within the United Kingdom, including the Department of Traded Industry and the National Health Service. If you’re studying Computer Science at Oxford, you can guarantee that you’ll be working with major companies or with the government of the UK itself, on groundbreaking Computer Science work.

Number five is the University of Cambridge. I’m gonna start with this one with a little plug. If you want to watch a day in the life of a Cambridge Computer Science student, watch a day in the life Computer Science student on our channel featuring a fantastic student named Richard Ngo, whose done a lot of work in Artificial Intelligence and works now Google. Cambridge was one of the first pioneers in the actual study of Computer Science and continues to be at the helm leading the best research in the world on it. This might not be apparent from the beautiful gothic buildings around Cambridge, but Cambridge is right now in an area known as the Silicon Fen, sort of like Silicon Valley, but more British. There’s more than 1,000 specialized computing and advanced technology companies that are sprouting up in the Cambridge area, which means a huge opportunity for Computer Science students at Cambridge to work with those new developing CS companies.

Cambridge not only has a huge emphasis on practical programming skills, but also likes to steer its students to the underlying theories in business, law, government and economics. They love having their students talk about how those theories play out in Computer Science. Like all other courses at Cambridge, your evaluation, if you’re studying Computer Science at Cambridge, will be heavily weighted towards assessments and papers taken at the end of term. Number four on our list is the University of California at Berkeley, which is just a short distance from Silicon Valley. The Electrical Engineering and Computer Science Department at UC Berkeley offers two distinct degree options for students interested in Computer Science. You’re gonna have to get a Bachelor of Science, offered by the College of Engineering, or a Bachelor of the Arts in Computer Science, which would be offered at the College of Letters and Science.

While the faculty in courses at UC Berkeley are some of the best in the world, perhaps one of the biggest benefits of studying at Berkeley is its close proximity to Silicon Valley. A lot of UC Berkeley graduates in Computer Science go directly into Silicon Valley, or even work in Silicon Valley for major tech companies at the same time as they’re studying at Berkeley. Number three on our list is Carnegie Mellon University, specifically in their School of Computer Science. A lot of exciting work is going on right now at Carnegie Mellon University, which offers fantastic programs for its Computer Science students and groundbreaking research and a great example of this is a brand new degree at the CM School of Computer Science, which is aimed specifically at preparing researchers for AI directed experimentation. It’s called the Master of Science and Automated Science, Biological Experimentation, and it’s gonna be beginning and Fall of 2019.

CMU places a huge on emphasis on interdisciplinary majors, such as Computer Science in the Arts and Music in Technology. Number two on our list is Stanford University, which is located in Palo Alto, near the heart of Silicon Valley. That’s right. Silicon Valley. You can walk from Stanford to Google. I know I said that UC Berkeley was close to the heart of Silicon, but Stanford is too. They’re both fantastic schools with some of the best Computer Science programs in the world, located to the biggest, most exciting tech companies in the world.

Stanford’s Computer Science department is housed within its Department of Engineering and has 10 different tracks, including Artificial Intelligence, Human Computer Interaction and Bio-Computation. Similar to some of the other universities I discussed today, Stanford places a huge emphasis on interdisciplinary work, making sure that its Computer Science students are working with other students in areas such as linguistics, genetics, medicine, engineering and manufacturing. And number one on our list is a huge shocker.

The Massachusetts Institute of Technology, MIT. The Electrical Engineering and Computer Science department at MIT is the largest department at MIT and starting salaries for students graduating with a Bachelors Degree in Computer Science from MIT are well over $100,000. MIT’s Electrical Engineering and Computer Science program offers five undergraduate degrees at MIT as well as a Masters in Engineering, which is available to undergrads. They also recently changed their undergrad degree programs in order to give students more flexibility so they can pursue even more of their own interests.

MIT is the cream of the crop. So, that has been the Top 10 Computer Science Universities in the world. As I said at the beginning of this video, these are the QS rankings and there are many other ways to rank these colleges and universities, and there are many other ways to find the Computer Science school that is the best fit for you in particular. If you want to start your journey to finding the school that’s the best for you, click the link below for a free academic consultation with one of our academic experts and they’ll chat with you and figure out what is the best fit for you.